In France in the first week of January we celebrate the Epihany with this Galette des Rois / Kind’s cake with a “frangipane” /almond filling. It is to celebrate the venue of the three Wise Kings after the birth of Jesus bringing in gifts.

This galette des rois used to be one of my favourites as a child. You can only find it in bakery in January! They are often shared with friends and colleagues for afternoon tea with a cider to celebrate in the new year too.

Living in Australia for the past 12 years I am really missing the delicious galettes from the boulangeries so I now make my own and I make it vegan and a fair bit healthier. They are still delicious. This year I invited all my French friends living in Orange to share a slice of my vegan Galette des Rois!

Another tradition with the galette des rois is there is a little porcelain ornament called a “feve”hiding inside it. The youngest person at the table has to go under the table while someone cuts the galette and the person under the table (who can’t see) tells who gets which slice. This is so the person doesn’t see the feve as it often is on the side of a slice. Whoever finds the feve in their slice then becomes the king or the queen! It is a really fun tradition for children in France!

I also share more on my ig @healthyfrenchwife including Reels!

If you remake my vegan Galette des Rois I hope to see it! So please tag me @healthyfrenchwife on Instagram and make sure to follow my nutrition/kids account @healthy.little.tummies. Also check out my cookbook by the same name too for plant-based family recipes: Healthy Little Tummies. 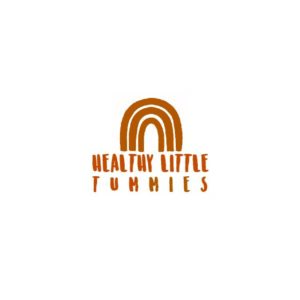